10 Pokémon That Are Stronger Than They Look 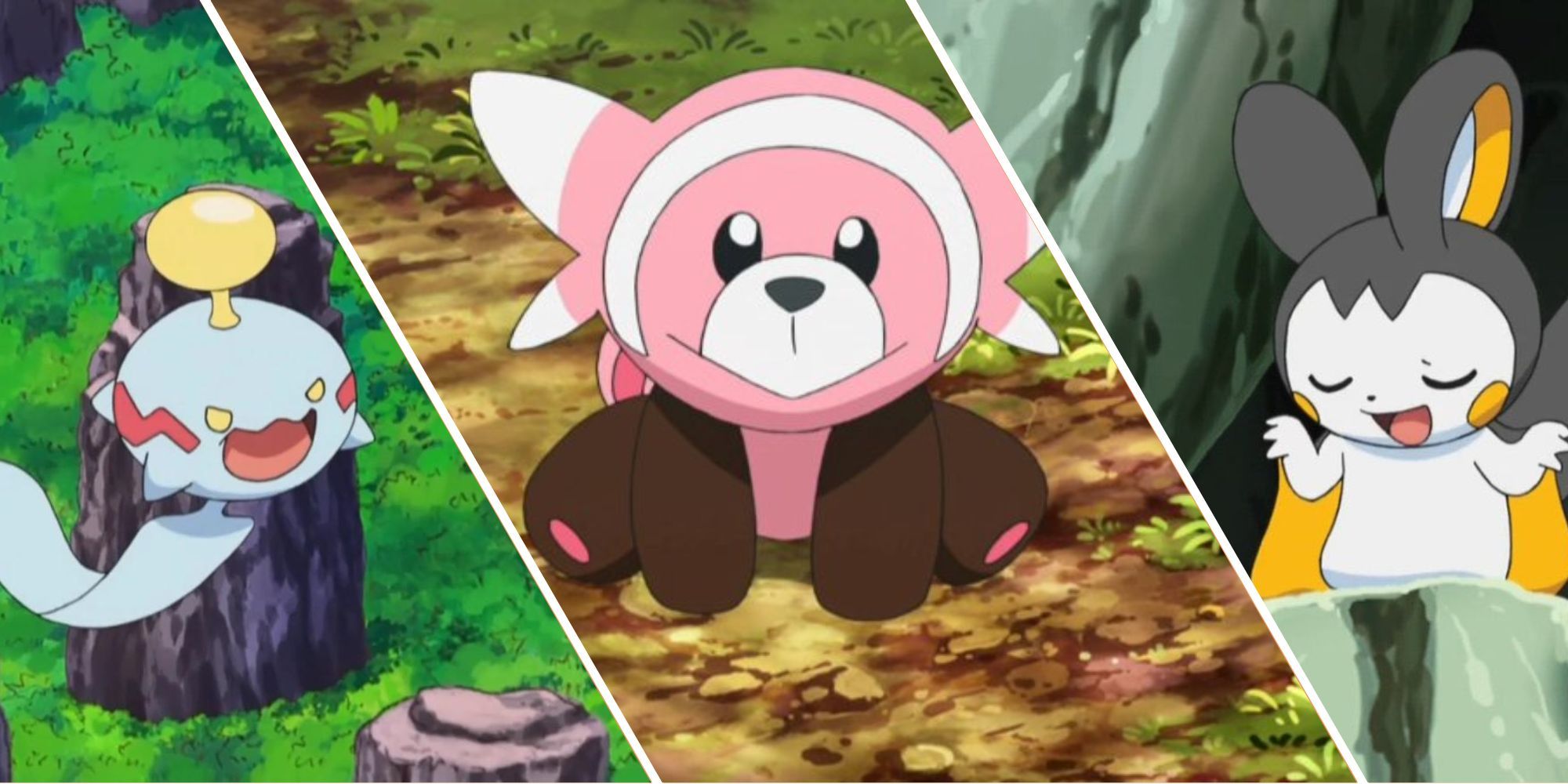 The Pokémon franchise is filled with powerful creatures, from Legendary, godlike Pokémon such as Arceus or Mew, to Pokémon like Dragapult and Skarmory that radiate power. But there are many Pokémon that don’t look powerful at all.

Of all the Pokémon in the games, many of the most powerful Pokémon are overlooked simply because of how cute they are. But, beneath their adorable exteriors are powerful allies in battle. If you’re looking for a partner Pokémon with hidden power, this list has you covered.

Bellsprout is the poster Pokémon for being stronger than it looks. Back in the Gold and Silver games, Sprout Tower was an early game location where players had to fight many a Bellsprout in order to advance the plot of the game.

Attack is Bellsprout’s strongest stat, followed by Special Attack. They’re dual Grass and Poison-Type, which is always a good combo. If you’ve got a good way to lower your opponents’ accuracy or boost your Bellsprout’s evasiveness, you’ll have a powerful partner.

Cherrim evolves from Cherubi starting at level 25 and was introduced in Generation IV with the Diamond and Pearl games. If you’ve played Pokémon Legends: Arceus you’ve probably spent a good amount of time trying to spook them out of trees.

Their high Special Defense in their Sunshine Form serves them well as a Grass-Type, but their offensive stats aren’t too bad either. They’ve got a good move pool for a single type Pokémon, and if you’re willing to work with their unique form-changing mechanic they’ll take you far.

You can’t deny that Chimecho is a cutie, and it’s one of those Pokémon who you can imagine serving a multitude of uses outside the traditional battling format. Its soothing sounds and Psychic typing would make it the perfect therapy Pokémon. But its battle capabilities are nothing to be sneezed at.

Its highest stat is Special Attack, and its defensive stats are good too. While it has healing and stat-changing moves you’d expect of it, it also has moves like Take Down and Double-Edge that can absolutely obliterate an opponent.

Emolga is an Electric and Flying-Type first introduced in Generation V and is based on real-world flying squirrels. It is one of the long lines of affectionately dubbed “Pika-clones” that makes you wonder what it is about the Pokémon world that causes electric rodents to thrive.

Its typing combo makes it so that it’s only weak against Rock and Ice-Type attacks, and it has an incredibly high natural Speed. While its natural move pool is rather shallow, it can learn an almost alarming number of moves via TM. This is one Pokémon guaranteed to throw off your opponents.

Herdier is the middle evolution of the Stoutland line, evolving from Lillipup at level 16. It was introduced in Gen V and has the ability Scrappy, which lets it hit Ghost-Type Pokémon with Normal and Fighting-Type moves.

Attack is its highest stat, while Special Attack is its lowest and its other stats are equal. It’s only weak to Fighting-Type attacks, is immune is Ghost-Type attacks, but doesn’t have any resistances. Its move set is exactly what you’d expect for a little dog – cute, and bite-focused.

Now, Minccino’s natural stats might be discouragingly low, but it’s got some fight in it too. With the ability Cute Charm it can infatuate its opponents, and if it has the ability Technician its lower power moves get a boost. Its hidden ability Skill Link increases the frequency of its multi-hit moves.

Like all Normal-Type Pokémon, it has no resistance but is immune to Ghost-Type and weak to Fighting-Type moves. It has a couple of Fairy-Type moves it can learn naturally, and there’s good variety in its TM moves. Minccino will be a valuable addition to any team it’s on.

Munna is the pre-evolution of Musharna and was introduced in Generation V, and has since appeared in the subsequent mainline games. It’s a Psychic-Type based on the Japanese myth of the Baku, so it is no surprise that it can learn the powerful move Dream Eater. It can also learn Yawn, don’t worry.

Its hidden ability is Telepath, which will alert it to incoming attacks so that it can dodge them. Its normal abilities are either Forewarn, which will alert you the player of your opponent’s highest power move, or Synchronize, which causes a status effect inflicted on Munna to also affect its opponent.

If there was a competition for the least threatening Pokémon, it would be madness not to enter Quagsire. Its friendly, toothless face and Water/Ground Typing puts everyone at ease. It’s much easier to picture this Pokémon lounging in a stream, or helping out at a spa than it is to imagine them in battle.

Of course, it is a firm ally in battle, despite its calming appearance. Quagsire’s HP is its highest stat, while Attack and Defense are tied for a close second. It’s only weak to Grass-Type attacks, and its move set is perfect for adapting to the kind of scenarios gym challengers face on their journeys. Plus, its hidden ability Unaware is wonderful for PvP battles.

Skitty is Normal-Type Pokémon first introduced in Generation III and most recently appeared in Brilliant Diamond and Shining Pearl. It seems to have a divisive place in the community, with players either being big fans of Skitty or hating it. Given that Skitty is just the Pokémon equivalent of a cat, real-world anti-cat sentiment has probably contributed to fan sentiment.

While Skitty’s base stats are nothing to write home about, its natural move set is pretty good for a tiny Normal-Type. Its TM pool is even better, and if your Skitty has Normalize as its ability you’ll be able to take advantage of STAB no matter what.

Stufful, the Flailing Pokémon, was introduced in Generation VII and evolves into Bewear at level 27. It is unBEARably cute and even has a little pseudo tag on its butt. It’s Normal and Fighting-Type, with its highest base stat being Attack. Its abilities, which are either Klutz or Fluffy, aren’t too helpful, though its hidden ability Cute Charm can be.

However, while it may not appear to be very powerful, its move set can come in clutch. With moves like Flail and Thrash, you can take out tough opponents in a flash, and if you’re up against a Ghost-Type Payback or Brutal Swing will serve you well. Even beyond those four, most of its moves are high damage and high accuracy. Stufful is eager to hit the battlefield.

NEXT: Pokémon, Ranked By How Edible They Look

Valorant: How To Play Fade