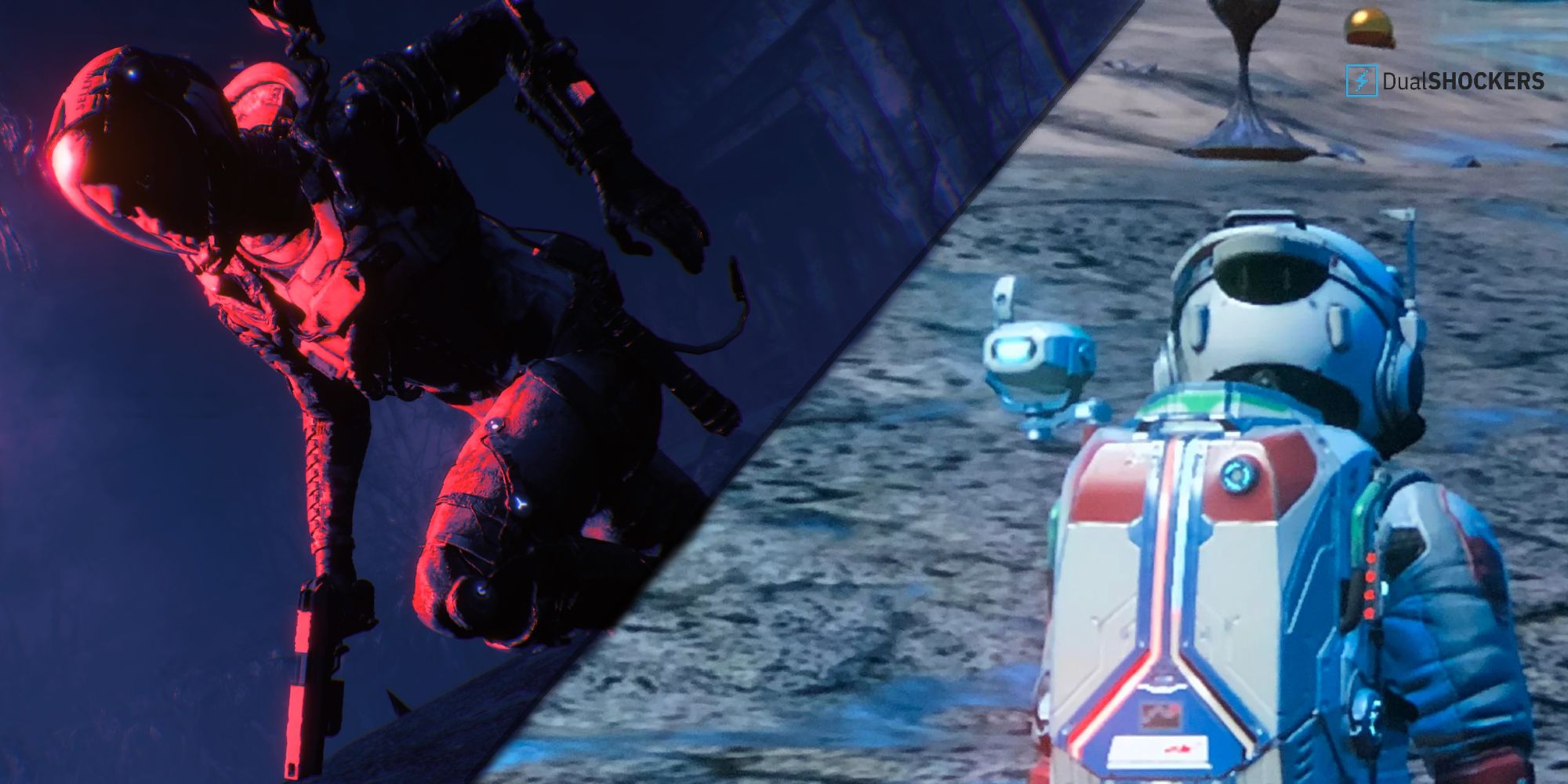 Gaming in the modern age comes with the unique benefit of having a little something for everyone. Whether you’re searching for a deep story-driven experience or a gameplay-focused one, there is a great variety of new titles every year, and you’ll never be waiting for a choice in either department.

For a gamer with a budget, the constant flow of new releases can be a bit intimidating, and it may become challenging to sift through and find which games will provide the most bang for their buck. To help out those of you searching for a title truly worth its price tag, this run-down will feature some of the most infinitely replayable titles available for the Playstation 5, all of which will most assuredly justify their purchase over years of enjoyment.

Without a doubt, one of the greatest fighting games available for the PS5, Guilty Gear -Strive- is one title that is no doubt difficult to put down. It takes a good amount of practice and game knowledge to best your opponents, and every playable character has a unique play style, all of which are worth exploring to find out which suits you the best.

There is a wealth of side content for you to explore at your leisure whenever you’ve completed the game’s relatively lengthy story mode, including an arcade mode, and numerous different online modes for you to try out once you’ve gained a bit of confidence in your ability. Due to it being a fighting game, though, it has a relatively grindy nature that may not be to everyone’s taste and requires a lot of patience to genuinely progress.

Returnal will break you when you first play it, no doubt about it. It is mind-bogglingly difficult and tells you very little when you first start out. Couple this with the fact that when you die, the game resets, and you have a truly punishing experience at hand.

The thing is, though, it is also an incredibly rewarding experience to progress through, with each new step forward feeling like a genuine win. Every run through this stark, visually arresting world will be different from the last, as the game features some unique rogue-like elements and randomizes with each new save. If you’re ready to face the horrors of its world, Returnal has the potential to offer hundreds of hours worth of terrific fun.

Rebuilding two classic titles from the ground up with love and care, Tony Hawk’s Pro Skater 1 + 2 is easily one of the best remakes of all time. The foundation of those original two games has held up fantastically over the years, and it remains one of the most addictive gameplay formulas to ever grace our screens.

You will want to hop back into each of the remake’s 19 levels multiple times, with several goals to complete on each, and even when you’ve completed all of those, it is still a blast to try and rack up as high of a combo as possible. Combine this with the game’s robust multiplayer functionality, and you have a package that is sure to be on your console for a long time coming.

The sheer amount of character-build variety available in Nioh 2 is astounding, with you being able to pick from 9 vastly different weapons at the start, each of which has 3 different stances to choose from. There are also 3 Yokai forms, a sort of demon ability that itself greatly changes your gameplay in a run, depending on which you choose.

With so many options to choose from, each playthrough of Nioh 2 will feel significantly different from the last, and you are sure to spend a lot of time playing around with other styles and combinations, searching for the perfect build for you. The game can be quite challenging, though, and it may take a bit of time to adapt to its extreme circumstances.

Arguably the greatest roguelike RPG to ever be released, Hades provides a breath of fresh air to the genre, with many unique systems and elements, which you can only experience by playing this title. Just by the nature of the genre, you can easily rack up 100 hours without ever seeing the end, with each new run presenting new mechanics and abilities for you to use.

The game can be staggeringly difficult at times, but it can also be equally rewarding when the stars align and you achieve that perfect run. If you are willing to get past the game’s rather steep learning curve, you will find a title that holds a surprise around every corner, all of which you surely couldn’t see in one playthrough.

Though the main quest of the game consists of you traveling toward the center of the known universe, there is a massive amount of side content to engage with, and you are never forced into following the storyline outside the first couple of hours’ worth of tutorial. Instead, the universe becomes your oyster — you can be a galactic trader, a thieving pirate, or even a lone adventurer looking to see the unknown. With a universe full of opportunity at hand, you are sure to be playing this one for years to come.

Indie titles have done an excellent job at keeping 2D platforming alive, with many of the best games of that genre in recent memory being released by an indie studio. One of the absolute greatest examples of 2D platforming done right in the modern age is Spelunky 2, which uses a few unique mechanics to remain fresh in a packed market.

Most notable of these mechanics is its adaptation of roguelike elements, with levels being completely randomized between runs. No two players will have the exact same experience going through Spelunky 2, and you won’t even have the same experience on your second playthrough. For those of you looking for an excellent PS5 platformer that will delight you with hours of challenging gameplay, look no further.

IO Interactive made the ingenious decision when releasing Hitman 3 to bundle the first two games’ levels in with the new ones, coming out to a total of 21 gigantic areas for you to explore. Each mission has its own separate replay value, with every single one having multiple different paths of completion.

This is an entire trilogy’s worth of the best Hitman content to ever be released; all wrapped up into a wonderful package. Whether you’re a fan of the series at large or just looking for a game that can suck up countless hours, this is undoubtedly one of the best options available.

Since the game has been out for a few years now, the general skill level of the player base has risen, and it takes a decent amount of practice to start winning matches, especially when playing solo. This isn’t a complaint, however, as it is always a great amount of fun to play, with refreshing shooter mechanics and a constant update schedule that keeps the game feeling new, even years later.

Notch had no idea just how big Minecraft would end up becoming when he began development on this little indie title in 2009. Going on to become one of the best-selling video games of all time, this indie darling surely brought something special to the table and continues to serve even years later.

With a range of possibilities limited only by your own imagination, Minecraft can be so many different things at once. A hack and slash adventure, a building sandbox, a tinker’s toolkit. The game is whatever you want it to be and is assuredly the most replayable game of all time, let alone on the Playstation 5.

Next: The Best Crowdfunded Games, Ranked