Spider-Man has based his career on overcoming tragedies and continuing to stay the course of allowing those to define the man he is. It all started with his Uncle Ben’s death, which set him on the road to becoming a true superhero and has continued with loss after loss throughout his entire Marvel existence.

RELATED: Spider-Man: Why Tom Holland Is A Great Peter Parker (& Why Tobey Maguire Is Still Better)

Things came to a head recently in Marvel Comics with the “Last Remains” storyline, where the villain Kindred tried to force Spider-Man to take responsibility for the deaths in his life, bringing the corpses of all those who died out of the graves for Spider-Man to see. Despite this, the Web-Crawler remains one of Marvel’s best heroes due to the way he does take great responsibility for all his actions.

The death of The Prowler is not in the mainline Spider-Man comics but is instead in the pages of the Miles Morales version of Spider-Man. This is a tough one because Miles never had to deal with the losses that Peter Parker was forced to deal with. The only death that really affected Miles was Peter, who Miles didn’t even personally know.

However, in Miles Morales: Spider-Man #21 by Saladin Ahmed and Marcelo Ferreira, Prowler sacrificed to save his nephew Miles from Ultimatum. It was most heartbreaking as Miles lost someone he loved completely.

Peter Parker had one true love of his life early on, and it was Gwen Stacy. However, this was complicated because her father was the Captain of the NYPD and believed that Spider-Man was a menace. In Amazing Spider-Man #90 by Stan Lee and Gil Kane, part of a building fell and killed George during an attack by Doctor Octopus.

Before his death, he looked at Spider-Man and let him know he knew he was Peter Parker and asked him to take care of Gwen. However, this led to a split between Peter and Gwen, who blamed Spider-Man for her father’s death.

“The Death of Jean DeWolff” remains one of Spider-Man’s best storylines. In the comics, Captain DeWolff was a strong ally for Spider-Man and his closest friend on the police force. In Peter Parker, The Spectacular Spider-Man #107 by Peter David and Rich Buckler, the police arrived to find her brutally murdered with no idea who killed her.

RELATED: Spider-Man 3 & 9 Other Comic Book Movies With Too Many Villains

It turned out that the killer was a villain known as the Sin-Eater. What was even harder to believe was that Sin-Eater was DeWolff’s former lover, Det. Stan Carter, and she was his first victim.

The story of Ben Reilly was a mess. This was part of the Clone Saga, and Reilly was the man readers thought was Peter Parker for a long time. However, the real Peter Parker returned, thinking he was a clone, and the two tried to coexist.

This all ended with the tragic death of Reilly in Spider-Man #75 by Howard Mackie and John Romita Jr. The Green Goblin impaled Reilly. Spider-Man watched the man disintegrate, proving Peter was the original and Reilly was the clone all along.

Harry Osborn had a tough life, with a father who neglected him and treated him like a failure. Then, when Harry learned his father was the Green Golbin and blamed Spider-Man for killing his dad, something in his mind snapped. Harry hated Spider-Man, and when he learned he was Peter Parker, he hated him even more, blaming Peter for Gwen Stacy’s death.

However, Harry went out as a hero in Spectacular Spider-Man #200 by J.M. DeMatteis and Sal Buscema. He was trying to kill Spider-Man and set up a way for both men to die together. However, Harry realized his son and Mary Jane were there and saved both of them. He then saved Spider-Man’s life but died doing so, apologizing for everything as he died.

It is hard to rank Uncle Ben higher than this because he died in the first appearance of Spider-Man. This means that fans had not gotten a chance to get to know Ben Parker. In this first appearance in Amazing Fantasy #15, Uncle Ben died.

Uncle Ben was the man who helped raise Peter Parker and thought him right from wrong. When Peter received his powers, he decided to use them for financial gains. As a result, he ignored a burglar, and that man killed Uncle Ben. After this, Spider-Man used tragedy and pain to become a true hero.

Aunt May’s death was not real, but that didn’t make it any less heartbreaking. Forget about the time that Peter Parker made a deal with Mephisto to save her life, and go back years before that to the moment that Peter actually watched May die.

In Amazing Spider-Man #400 by J.M. DeMatteis and Mark Bagley, Peter was with Aunt May as she was in the hospital after suffering a stroke. However, she didn’t make it and died in Peter’s arms. This wasn’t the real Aunt May, though, and was an actress that portrayed May and died while the real May was held captive by Green Goblin.

Ned Leeds had a tough life. He was a close friend of Peter Parker, and he soon fell in love with Betty Brant, with who Peter also had a close relationship with. Peter was even the best man at the wedding of Ned and Betty.

However, things went bad when Hobgoblin brainwashed Ned to believe he was the villain, and he became an unwitting villain. When the real Hobgoblin leaked news that Ned was the villain, the Foreigner sent him men to kill Ned. In Spider-Man Versus Wolverine #1 by Jim Owsley and Mark Bright, Peter was the man to find his dead body.

Moving over to the Ultimate Marvel world, and the most devastating death was Peter Parker himself. In this world, when a hero dies, they were not resurrected, which made Peter’s death a shock. In the war between the Ultimates and Avengers, Punisher was ordered to kill Captain America.

He would miss on purpose, but Spider-Man didn’t know and swung in between the two, taking the bullet. In Ultimate Spider-Man #160 by Brian Michael Bendis and Mark Bagley, Spider-Man went to battle Green Golbin to save his friends and family. The two died in the battle, and Peter told Aunt May that he couldn’t save Uncle Ben, but he saved her, and then he died.

The most heartbreaking death in Spider-Man comic book history came in Amazing Spider-Man #121 by Gerry Conway and Gil Kane. Spider-Man was in a battle with Green Goblin, and Norman brought Gwen Stacy into the fight.

Shawn S. Lealos is a freelance writer who received his Bachelor’s degree in Journalism from the University of Oklahoma with a minor in Film Studies. He has worked as a journalist for over 20 years, first in the world of print journalism before moving to online media as the world changed. Shawn is a former member of the Society of Professional Journalists and the Oklahoma Film Critics Circle before relocating to Texas and has work published in the Daily Oklahoman, Oklahoma Gazette, Vox Magazine and Loud Magazine and on websites like The Huffington Post, CBS, Time Warner Cable, Yahoo, The Movie Network, Chud, Renegade Cinema, 411mania and Sporting News. Shawn is also a published author, with a non-fiction book about the Stephen King Dollar Baby Filmmakers and has begun work on a new fiction series as well. Visit Shawn Lealos’ website to learn more about his novel writing and follow him on Twitter @sslealos. 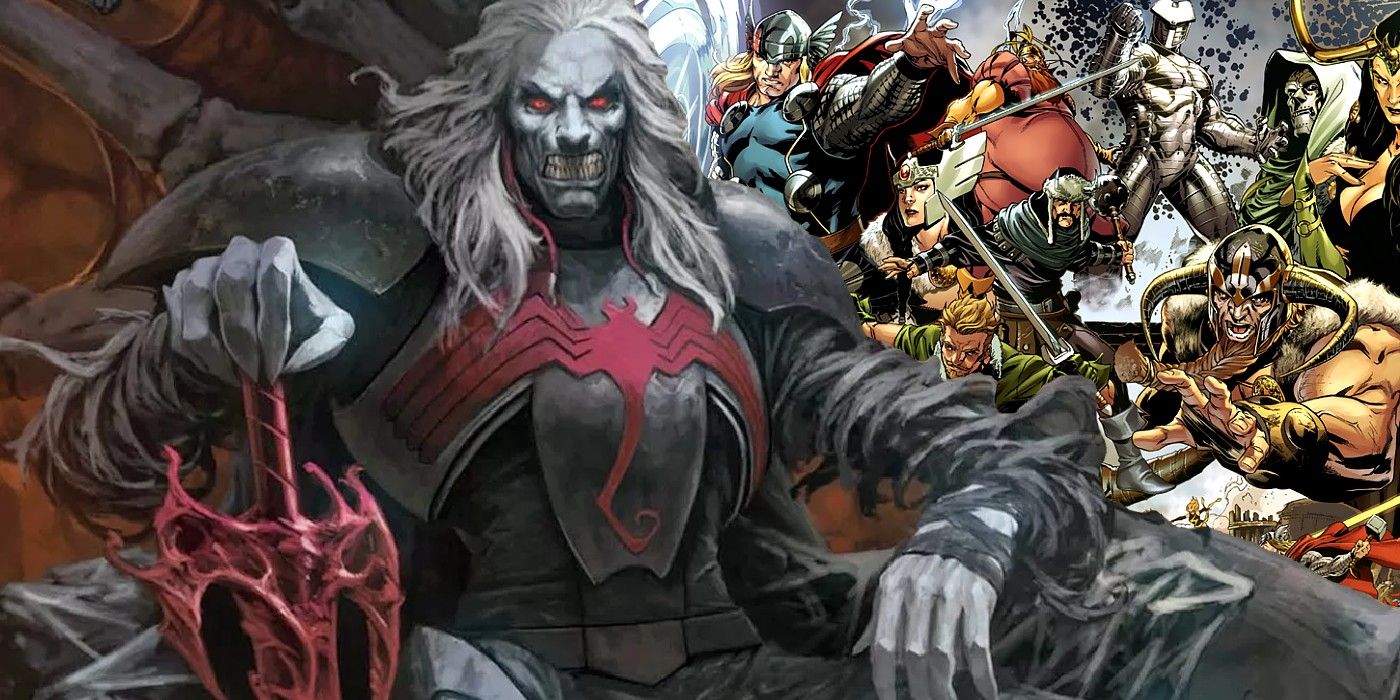 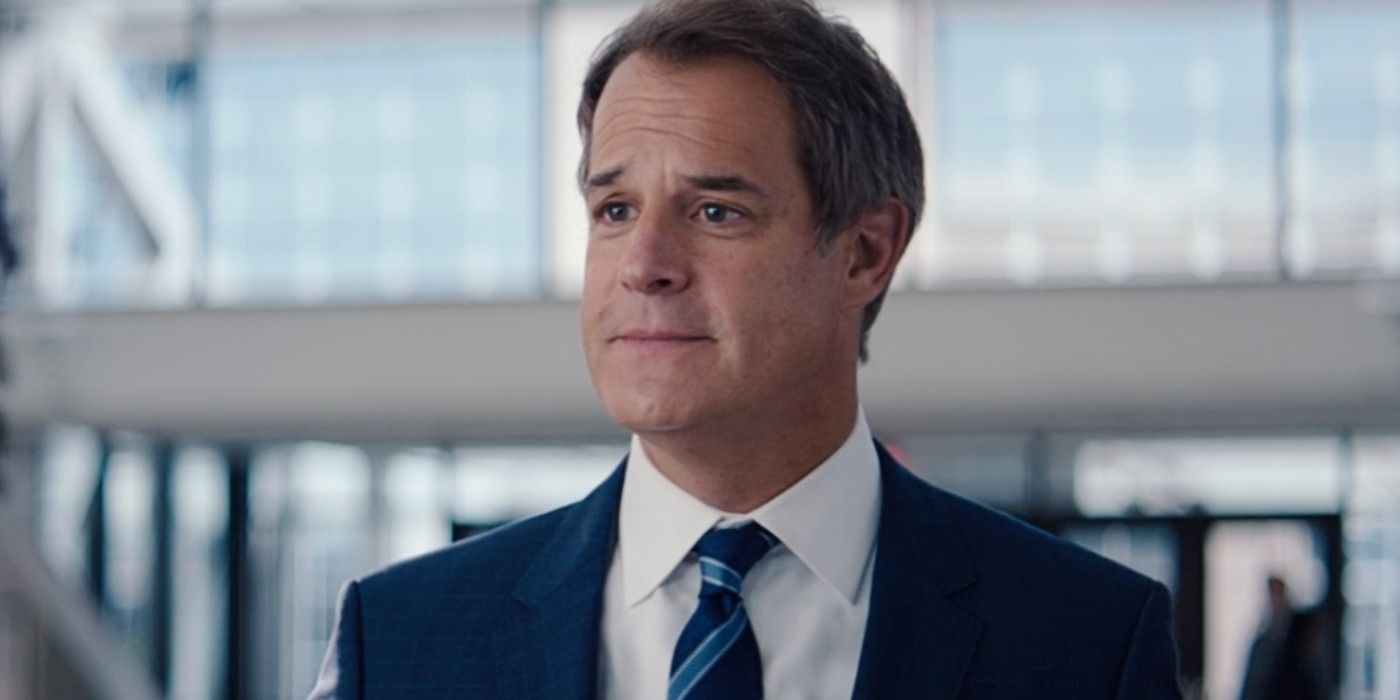 Doctor Doom Rumored To Make His MCU Debut In [SPOILERS] 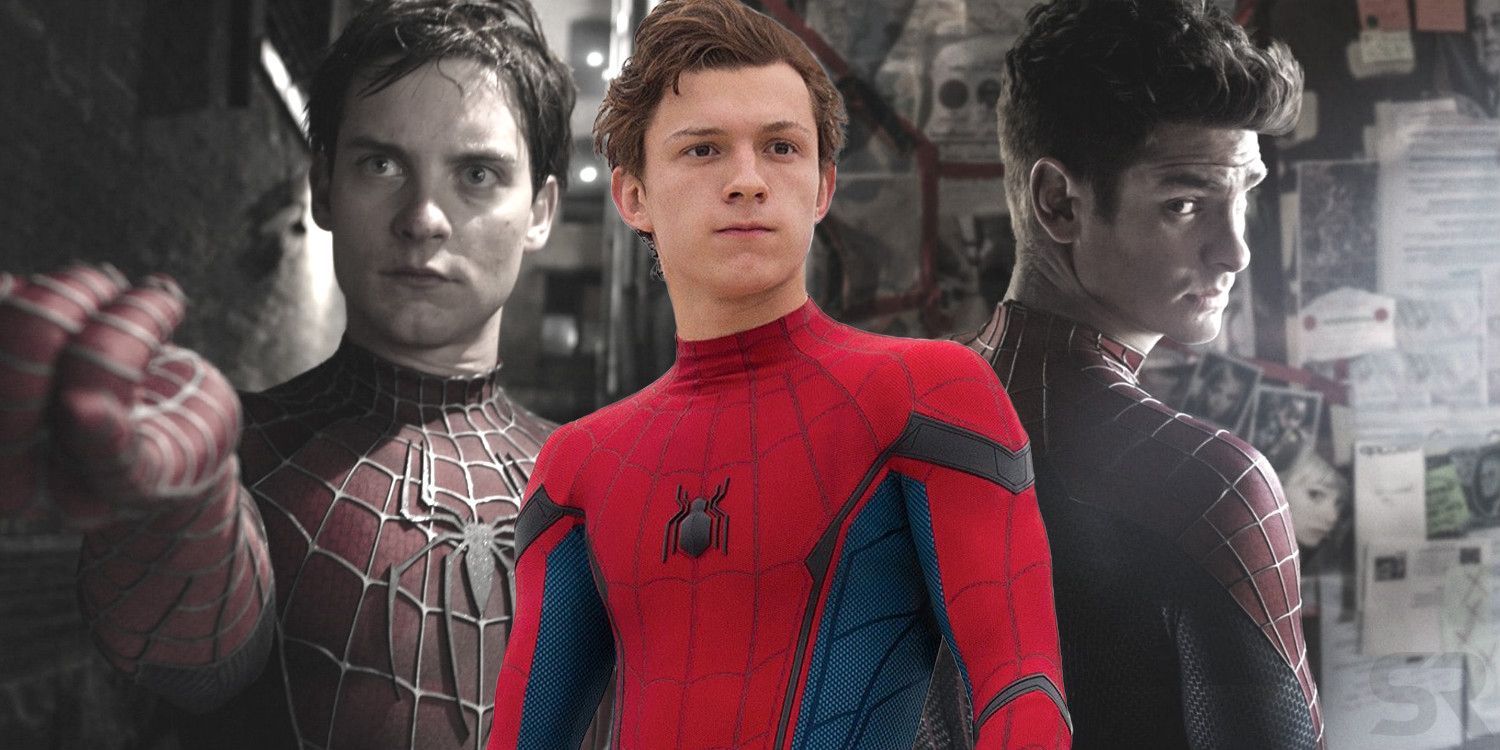